“There is no world without Verona walls,
But purgatory, torture, hell itself.
Hence-banished is banish’d from the world,
And world’s exile is death.”

That’s not completely true, There are a lot of interesting places in a range of few miles.

The territory of Valpolicella extends over 240 square kilometers, northwest of the city of Verona, in the Veneto region of Northern Italy. The land is steeped in culture as well as having a long tradition of food and wine. The area lies south of the eastern pre-Alps, north of the Adige river, east of the Valdadige Valley and west of the city of Verona. Nearby Lake Garda is just 15 km to the west. The first human settlement, dating back to the Paleolithic Era, increased in the Neolithic and Bronze Ages, due to the easy availability of flint (stone material that could be worked on) of which there was so much that it was exported towards central Europe. With the arrival of the Romans, at the end of the 3rd century B.C., prehistory was to end. The first large population to settle in Valpolicella in this area was the Arusnati. The Romans guaranteed their administration which allowed them to become a central part of the next two thousand years of tradition in Valpolicella. The name Valpolicella was coined in the following century (to repace the names Veriago and Pruviniano) which was made official in 1117 by Federico Barbarossa. In 1311 the region was lost to Federico della Scala in a feud and he took on the title of Count; in 1404, with the end of Scaliger rule, Valpolicella, like Verona, was handed over to Venice. The Vicariate was located in San Pietro in Cariano but from 1550, at the end of the Republic of Saint Mark, the area of Sant’Anna D’Alfaedo constituted an autonomous Vicariate.

Plague arrived in the period from 1517 to the end of the Very Serene Republic of Venice, which was then followed by an era of calm until the arrival of Napoleon and his troops who sacked and plundered the area several times; from 1814 to 1866, life went back to normal due to the Constitution of the Kingdom of the Veneto-Lombard. With the beginning og the 20th  century life cecame to change and accelerate particularly from 1955 on, a period which saw farmers and marble craftsmen became the small and medium sized entrepreneurs of today.

From Wikipedia, the free encyclopedia

Lake Garda (Italian: Lago di Garda or Benaco) is the largest lake in Italy. It is located in Northern Italy, about half-way between Brescia and Verona, and between Venice and Milan. Glaciers formed this alpine region at the end of the last Ice Age. The lake and its shoreline are divided between the provinces ofVerona (to the southeast), Brescia (southwest), and Trentino (north). Being easily accessible from the north via the Brenner Pass, the lake is a major tourist destination, including a number of exclusive hotels and resorts along its shore.The northern part of the lake is narrower, surrounded by mountains, the majority of which belong to the Gruppo del Baldo.The shape is typical of a morainevalley, probably having been formed under the action of a Paleolithic glacier. Although traces of the glacier’s actions are evident today, in more recent years it has been hypothesized that the glacier occupied a previously existing depression, created by stream erosion 5 to 6 million years ago.The lake has numerous small islands and five main ones, the largest being Isola del Garda. Nearby to the south is Isola San Biagio, also known as the Isola dei Conigli (“Island of the Rabbits”). Both are offshore of San Felice del Benaco, on the west side. The three other main islands are Isola dell’Olivo,Isola di Sogno, and Isola di Trimelone, all farther north near the east side. The main tributary is the Sarca River, while the only outlet is the Mincio River. If the water level of the Adige river is too high, excess water is diverted to the lake through the Mori-Torbole tunnel.
Towns and villages on the lake
The ancient fortified town of Sirmione, located on the south of the lake, is one particularly popular destination, home to the Virgilio & Catullo Spa Complexes, as well as numerous restaurants, bars, hotels, fashion stores and a market. The picturesque Scaliger castle dates from the 13th century. TheRoman poet Catullus had a villa here, and visitors can see a ruined Roman spa named the Grotte di Catullo (Grotto of Catullus) although there is no evidence linking him to this particular building. The sulfur springs at the tip of the peninsula have a reputation for healing catarrhal conditions, particularly those involving the ear. Nearby, there is Gardaland, one of the most famous theme parks in Italy. Every village has interesting hystoric corners, the most famous, is Malcesine, causing the long Goethe stay for it’s “Gran Tour” with a well conserved Scaliger Castle and a museum inside.
The most important villages on the east side of the lake og Garda :

The lake is also known from sailers like one of the most exciting places to sail and race.

From Wikipedia, the free encyclopedia
The economy is mostly based on agriculture, with some craftwork and i

ndustrial production. touristically, Valeggio had become renowned as one of the capitals of Tortellini. Every year there’s a Guinness  of record dinner on the ancient Brigdge of Borghetto with 4000 Guests  Valeggio sul Mincio is a comune (municipality) in the Province of Verona in the Italian region Veneto, located about 120 km west of Venice and about 25 km southwest of Verona. It is crossed by the Mincio river. Valeggio sul Mincio borders the  municipalitie of Custoza, famous for a wonderful white wine.
History
Archaeological exc
Borghetto, a frazione with the Ponte Visconteo (“Visconti Bridge”), a fortified dam built in 1393 by Gian Galeazzo Visconti, Duke ofavations in the Mincio valley include a Bronze Age settlements, some tombs dating to the Iron Age and some findings associated with the Etruscan civilization. A large Celtic necropolis, found in 1984 still partly buried under the current town, would prove the presence of that people from the 4th century AC and the 1st century DC. The creation of the villages of Valeggio and Borghetto dates to the Lombard rule in northern Italy. The monastery of Santa Maria was founded here, on the Mincio shore, was founded here in the 12th century; later it was a priory of the Knights Templar. The large medieval fortifications which characterize Valeggio (Scaliger castle, the Visconti Bridge and the Serraglio difensive line) were built between the 13th and the 14th centuries. In 1405 Valeggio became part of the Republic of Venice, and subsequently lost its strategic role, becoming an agricultural center and a silkworms trading market.After the fall of the Republic of Venice in 1797, Valeggio was included in the Cisalpine Republic. Later it was part of the Italian Republic (1802-1805) and, after some decades under the Austrian rule, of the newly unified Kingdom of Italy.

Villa Maffei Sigurtà, built in 1690 with a frequented public park.

Soave is a small comune of the Veneto region in the Province of Verona, Italy with a population of roughly 6,800 people. Soave is located approximately 23 kilometers east of Verona and is reachable by use of the A4 motorway exit Soave-San Bonifacio.
History
Soave was a Roman center on the via Postumia that connected Aquileia to Genoa. There are different names about the origin of current name: according to one theory, it could derive from the Suebi (sometimes called Soavi in medieval Italian).The castle was cited for the first time in occasion of the Magyar invasions (934). In the 13th century it was a possession of the Counts Bonifacio, which installed a capitano here. The walls still visible today, were built in 1379 by Cansignorio of the Scaliger family. Their rule was followed by those of theVisconti from Milan and the Carraresi from Padua; the latter lost Soave in 1405 to the Republic of Venice. In 1439 Visconti troops under Niccolò Piccinino captured it back, but Venice regained it soon. During the War of the League of Cambrai (1508), the city was fired and 366 Soavesi killed, but again in 1515 it was reacquired by Venice, which later sold the castle to the Gritti noble family. In 1797-1805 the city was under French rule. In 1809 there were small fights between French and Austrian troops in the vicinity. Later Soave was included in the kingdom of Lombardy-Venetia, and in 1866 became part of Italy.
The Castle
The Castle of Soave is a typical medieval military edifice, commanding the neighbourhood of the city from the Tenda Hill. It comprises a mastio (donjon) and three lines of walls forming three courts of different size. The outer line, with a gate and a draw bridge, is the most recent, built by the Venetians in the 15th century. It houses the remains of a small church from the 10th century.

The second and larger court, the first of the original castle, is called della Madonna for a frescoportraying St. Mary (1321). Another fresco is visible after the door leading to the inner court, and portrays a Scaliger soldier. The mastio is the most impressive feature of the castle. Bones found within have showed it was used also as prison and place of tortures. The House calleddel Capitano (the Scaliger commander) houses Roman coins, weapons parts, medals and other ancient remains found during the most recent restoration. Adiacent is a bedroom with a 13th century fresco with St. Mary and Madeleine and a dining room with medieval kitchenware. Another room houses the portraits of the most famous Scaliger figures: Mastino I, Cangrande, Cansignorio and Taddea da Carrara, wife of Mastino II; the portrait of Dante Alighieri testify an alleged sojourn of the poet in the castle. The Northern territory of the Verona Province is a Mountain Land with a 1000 m  plateau named Lessinia. An interesting place to have trekkings (horse, bike), winter sports. Tipical foods like “Formaggio Monte” or “Gnocchi di Malga” and special vegetables can transform your visit in a taste experience. 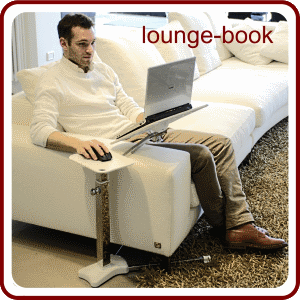